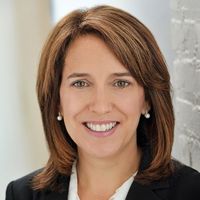 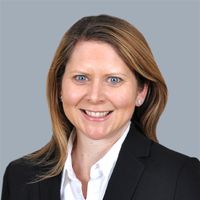 In the movie, "Free Guy," Ryan Reynolds plays Blue Shirt Guy, a lovable, free-spirited, non-player character ("NPC") in an open-world video game who decides to become one of the actual players without being identified, which ultimately disrupts the game. When he is confronted by two other players (actually programmers who work for the owner of the video game) who threaten to ban him for life from the game until he reveals his identity, Reynolds responds, "I want to comply, I just find the order of those threats very confusing!"

This sentiment is not too far off from how crypto companies, especially crypto companies that want to trade in digital asset securities, are often left feeling about the potential U.S. regulation of their businesses. They want to comply and are looking for clarity on how, when, and where their businesses will be regulated by global regulators.

One of the key drivers of U.S. regulation of the crypto market is investor protection, which has been espoused by President Joe Biden in his March Executive Order and Gary Gensler throughout his tenure as SEC Chair. In particular, Gensler recently remarked that crypto trading and lending platforms are likely trading securities and play roles similar to those of traditional regulated exchanges. Thus, he asserts, investors should be protected in the same way.

Consistent with this goal, in January, the SEC proposed to expand the definition of "exchange" under the U.S. Securities Exchange Act of 1934, as amended, to include "communication protocol systems," among other amendments, which could capture certain digital asset platforms, secondary trading platforms, and financial technology providers that do not function as exchanges, as currently defined, within the SEC's jurisdiction.

In its proposal, the SEC highlighted that currently communication protocol systems "are not subject to the same regulatory requirements as registered exchanges and ATSs and the investors using them do not receive the investor protection, fair and orderly markets, transparency, and oversight benefits stemming from exchange regulation."

The SEC does not define communication protocol systems but describes them to mean, in part, systems that "offer the use of protocols and non-firm trading interest to bring together buyers and sellers of securities," which is exceptionally broad. The SEC does provide examples of the types of systems that it believes to be communication protocol systems, such as Request-For-Quote systems, conditional order systems, or systems using bilateral negotiation protocols, but it is unclear which systems are actually intended to be within the scope.

In addition to communication protocol systems, the SEC proposes to include within the definition of exchange, systems that offer the use of "non-firm trading interest," meaning indications of interests, not just actual orders, to bring together buyers and sellers of securities, and those systems that "make available" (versus established) non-discretionary methods, potentially encompassing systems that passively provide protocols to facilitate possible securities transactions.

A platform that qualifies as an "exchange" would need to (i) register as a U.S. broker-dealer or partner with an existing registered U.S. broker-dealer, (ii) register as an exchange or an alternative trading system ("ATS") on Form ATS with the SEC (in reliance on the Rule 3a1-1(a)(2) exemption from the definition of exchange for an ATS), and (iii) become a member of the Financial Industry Regulatory Authority, Inc. ("FINRA"), the principal regulator of broker-dealers.

In this regard, the broker-dealer operating the ATS would be subject to SEC, FINRA, and state regulation, which would require an extensive compliance and supervisory program that is reasonably designed to comply with technical SEC and FINRA rules, net capital, registration, licensing requirements, and periodic examinations by the regulators that would expose the broker-dealer and ATS to increased regulatory scrutiny and operating costs.

Failure to comply with the U.S. securities laws can lead to regulatory enforcement, reputational risk, rescission rights to investors, and penalties, including fines. The SEC has brought actions against various entities claiming fraud and failure to register digital asset securities offerings with the SEC, including those against BlockFi Lending, Crowd Machine, and BitConnect, which resulted in significant fines and penalties.

If the SEC's proposed amendments to the definition of "exchange" were to be adopted as currently drafted, platforms that do not function as traditional exchanges could be unintentionally captured within the definition, and subject to extensive U.S. regulation — ultimately leading to overregulation. We are hopeful that the SEC will take into consideration the feedback it receives from market participants during the comment period for the proposed amendments, which the SEC reopened on May 9, 2022, and clarify the scope of the proposal's intended reach. Until then, as the Blue Shirt Guy would say, "Don't have a good day, have a great day."

More posts by the authors

Are the Days of Crypto Exceptionalism Over?
Donna Parisi, Geoffrey Goldman